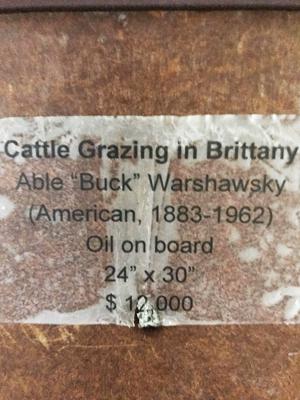 About the artist:  Born in Sharon, Pennsylvania on December 28, 1883, Warshawsky spent his youth in Cleveland, Ohio and graduated from the Art Institute there.  At 17, he won a scholarship which took him to New York City where he continued his studies at the Art Students League and the National Academy of Design under Loeb and Homer.

He traveled to Paris for further study and became so enchanted with France that he spent the next 30 years there and gained great renown. For his contribution to the arts there he was made a Knight of the Legion of Honor and a member of the French Society of Intellectuals. With WWII threatening, he left France and settled in Monterey, California. He died there of heart failure on May 30, 1962. ​ 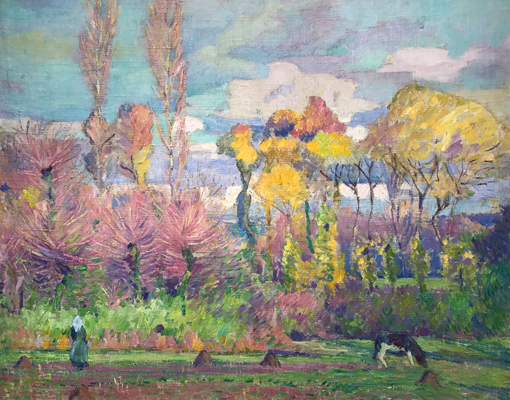