About the artist:  Nolan Pennell (American 1894 -1972) was born in Laurelville, Ohio, where he got his start as a sign painter.  As a young man, Pennell left Ohio for Chicago and later New York where he spent his time honing his skills as an artist.  By 1927, Pennell returned to Columbus, Ohio's German Village district where he owned and operated his own sign shop.  Pennell's works show an influence of the American Ashcan School as well as from other contemporary regionalist painters such as Clyde Singer, Ivan Pusecker, and Emerson Burkhart. 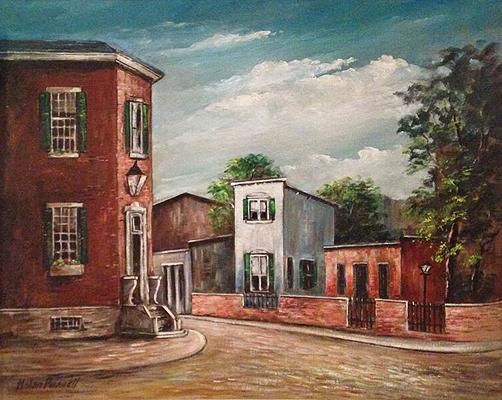