About the artist:  Painter and printmaker. Because he often focused on lower-class life, he is sometimes classified as an Ashcan School artist. However, a shy lyricism sets his work apart from their typically brasher images. Long after most urban realists had lost interest in the teeming city as a subject, Coleman persevered. Because the New York he painted was disappearing, his scenes seemed increasingly nostalgic. He used a simplified, sometimes even naive, style for sympathetic portrayals of undramatic street life.

In his last few years, he rendered architecture in a personal style derived from cubism. Coleman was born in Springfield, Ohio, but grew up in Indianapolis. He worked as a newspaper artist before moving to New York in 1905. There he studied at the New York School of Art (now Parsons, the New School for Design) with Robert Henri and Everett Shinn. He died in Long Beach, where he lived near Long Island's Atlantic shore in later years.  (From the Oxford Press) 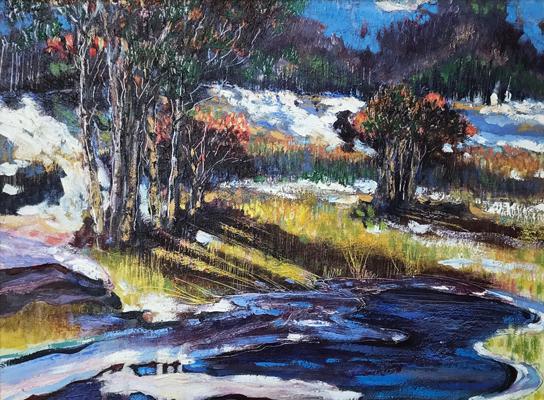