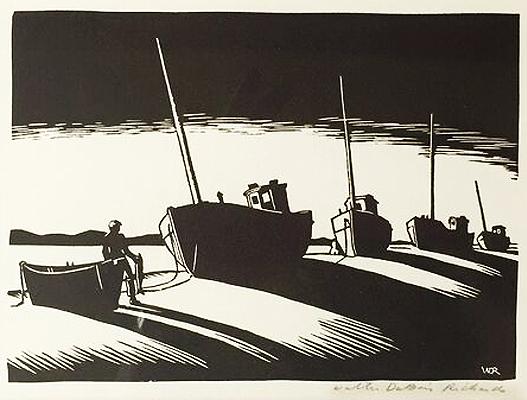 About the artist:  Walter Dubois Richards (American 1907 – 2006) was an American illustrator who had roots in Ohio and was a force during the golden age of classic illustration. His works were published over seven decades from the mid-1920s to 1987.