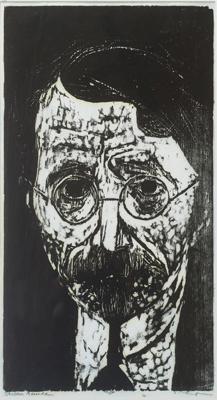 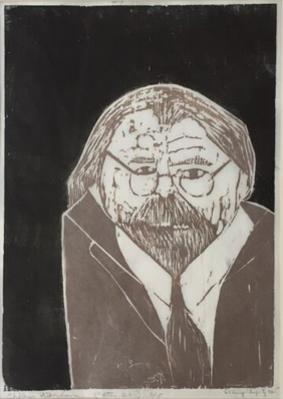 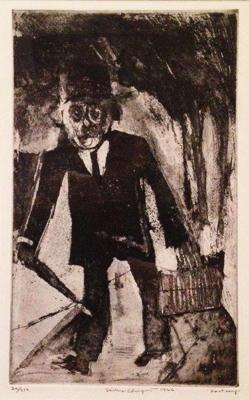 About the artist:  Sidney Chafetz (American 1922 – 2013) was born on March 27, 1922, in Providence, Rhode Island.  Chafetz enrolled at the Rhode Island School of Design in 1940 and served in the U.S. Army during World War II. After recovering from injuries in the Battle of the Bulge, Chafetz graduated from RISD in 1947. He then went back to Europe and continued his professional training at L'Ecole Americaine des Beaux-Arts in Fontainebleau, France; the Académie Julian in Paris; and with artists Fernand Léger and Stanley W. Hayter. He exhibited extensively from 1947 onward, with his work regularly represented in major print exhibitions worldwide, and in solo shows in Paris, New York, and other cities in the United States and abroad.

After arriving to teach at The Ohio State University in 1948, Chafetz was instrumental in establishing and nurturing the printmaking program in the Department of Art. He retired from the university as professor emeritus in 1982 so he could concentrate on his own work. His honors and awards included two Fulbright Fellowships, a Louis Comfort Tiffany Award, a MacDowell Fellowship, and a Ford Foundation grant.

His prints are held in private and corporate collections worldwide, and in such museums as the Cincinnati Art Museum, the Cleveland Museum of Art, the Library of Congress, the Museum of Modern Art, the Morgan Library, the New York Public Library, the Philadelphia Museum of Art, and the Columbus Museum of Art, a major repository of his work. He was elected to the National Academy of Design in 1981 and received the Ohio Arts Council's Governor's Award in 1991. 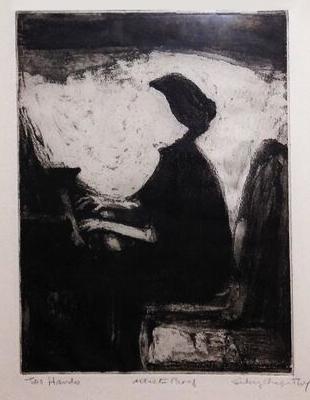