About the artist:  Artist and art historian Ralph Fanning (American 1889 – 1971) was born on Long Island. He studied architecture at Cornell University and the University of Illinois. Fanning, a Quaker, served in France in compassionate non-military service during World War I.  In the 1920s, he joined The Ohio State University Art Department, becoming a full professor in 1924. Fanning sketched and painted numerous buildings in Columbus, at Ohio State and throughout Ohio. In 1924 Fanning became a professor of American and European art history at Ohio State University and served in that capacity for 37 years. Between classes, he was constantly sketching and painting, recording life on campus with dramatic watercolors. 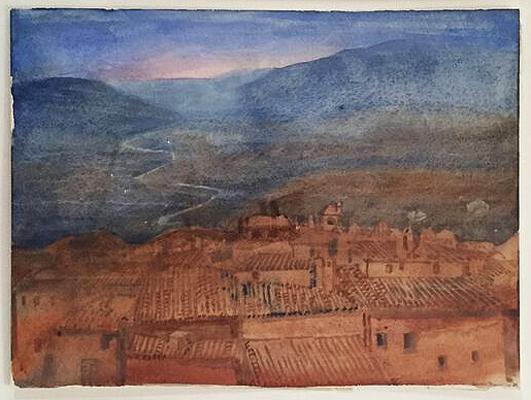