About the Artist:  Alice Schille (1869  – 1955), one of Ohio’s most important impressionists, was born in Columbus, Ohio.  After graduating from Central High School, she studied art at the Art Students League of New York, Paris, Philadelphia, and at the Columbus Art School (later Columbus College of Art and Design.)  In 1894 she went to Europe and remained there until 1900, later traveling extensively in the United States, Morocco, Egypt and abroad.  For more than 40 years, she was an instructor at the Columbus Art School (now Columbus College of Art and Design), retiring in 1948.  She produced hundreds of oil paintings, portraits and watercolors during her long career.

Schille won the gold medal at the 1915 annual watercolor exhibition at the Pennsylvania Academy of Fine Arts, along with many other honors throughout her lifetime.  Exhibitions of her work were held in Chicago, St. Louis, San Francisco, New York, and Philadelphia, as well as the Columbus Gallery of Fine Arts (now Columbus Museum of Art). 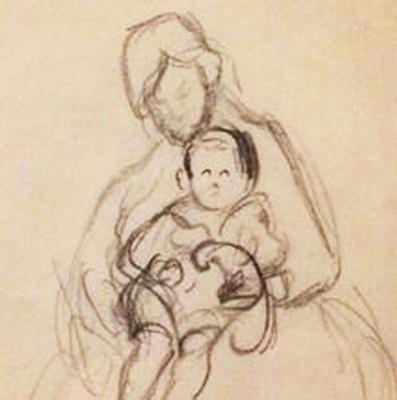