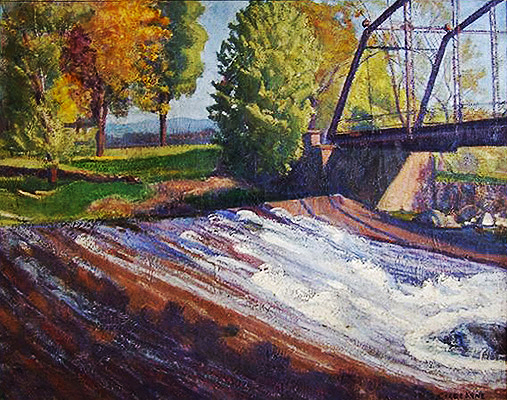 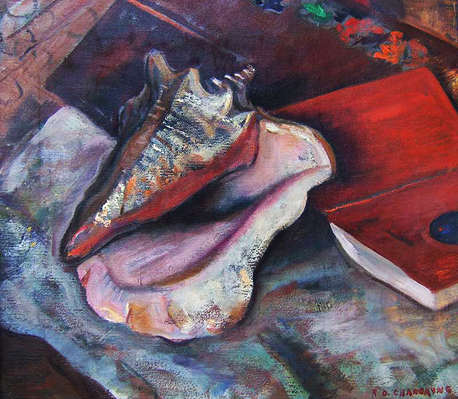 About the artist: Robert O. Chadeayne (American 1897 – 1981) was born in Cornwall-on-Hudson, New York.  He had good company there in the midst of artistic giants Edward Hopper (American 1882 – 1967) and John Marin (American 1870 – 1953)  He was friends with both artists.  He attended the Art Students League in New York City under the tutelage of Ashcan artists John Sloan and George Luks.  George Bellows frequently provided criticism to Chadeayne’s class.  While at the ASL, he became a close friend of classmate Alexander Calder (American 1898 – 1976), a friendship that would last a lifetime.  After his studies at the Art Student League,  Chadeayne taught at Newburgh, New York and later was the head of the Drawing and Painting Department of the Columbus (Ohio) Art School.  He subsequently taught painting at Ohio State University and retired from there to paint full time.  He exhibited in both one man and group exhibitions throughout his career and won numerous prizes.  His works are in many American museums and private collections.