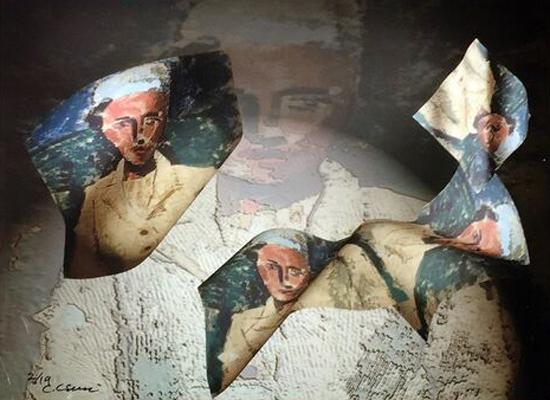 About the artist: Charles Csuri (American b. 1922) was born in Grant Town, West Virginia. He is recognized as the father of digital art and computer animation by Smithsonian, and as a leading pioneer of computer animation by the Museum of Modern Art. Named "All-American" for football at The Ohio State University, Csuri turned down offers to play professionally and chose to return to Ohio State to complete his M.A. in art in 1948. In school, he became friends with Roy Lichtenstein.  Afterward, both joined the faculty of the Department of Art at Ohio State.

Csuri created his first computer art in 1964 and eventually founded the Computer Graphics Research Group, the Ohio Super Computer Graphics Project, and the Advanced Computing Center for Art and Design, dedicated to the development of digital art and computer animation. In 1978 he became a Professor of Art Education and in 1986 a Professor of Computer Information Science. Csuri was co-founder of Cranston/Csuri Productions, one of the world's first computer animation production companies.  Between 1981 and 1987, Cranston/Csuri Productions produced animations for more than 400 clients including ABC, CBS, NBC, and ESPN networks.

In 2000 Charles Csuri received both the 2000 Governor's Award for the Arts for the best individual artist and The Ohio State University Sullivant Award, Ohio State’s highest honor. He was the founder of Ohio State's research center, The Advanced Computing Center for the Arts and Design (ACCAD). He is now professor emeritus at The Advanced Computing Center for Art and Design at Ohio State. His work is part of the permanent collection for the Museum of Modern Art. The painting available here is an extremely rare work. It was painted two years before he created his first computer art in 1964.

The painting we are offering exhibits mid-century modern influence and is bold and dark with sweeping black outlines. It illustrates a statement that Csuri makes on his website: “When I was a traditional painter I often thought there was a direct relationship between the tactile kinesthetic sense and emotion. That is, the bolder my brush stroke the greater the power and feeling.”​ 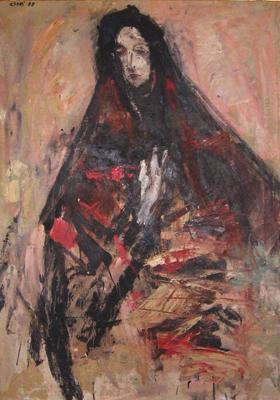