About the Artist:  Clyde Singer (1908 - 1999), one of Ohio’s most important regionalist artists of the mid-century, was born in Malvern, Ohio.  Educated in the local public schools, he had an early interest in art and, after high school, attended the school at the Columbus Gallery of Fine Arts. In 1933 he received a scholarship to the Arts Students’ League in New York City where his mentors were “American Scene” painters John Steuart Curry and Thomas Hart Benton. During his seven years in New York City, Singer developed a friendship with artist John Sloan, one of “The Eight” of the Ashcan School, a group of artists who painted gritty urban scenes and preceded the American Scene.

Primarily oils and watercolors, Singer’s early work focused on rural and small-town life in Ohio. Later in his career his art shifted to scenes of contemporary urban life. In 1940 Singer became the assistant director at the Butler Institute of American Art in Youngstown, Ohio, and, except for military service during World War II, remained there until his death in 1999. Singer completed more than 3,000 paintings during his career and is best known for his American Scene paintings.

Singer’s paintings are part of the permanent collections of many museums throughout the United States, and his work has been exhibited at the Whitney Museum, the Corcoran Gallery, the Art Institute of Chicago, the National Academy of Design, the Massillon Museum, the Canton Museum of Art, and the Butler Institute of American Art. 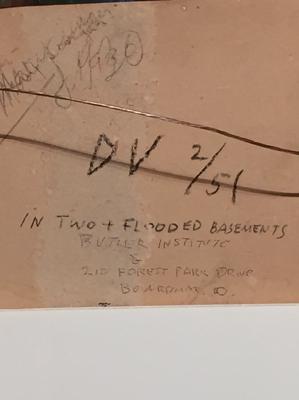 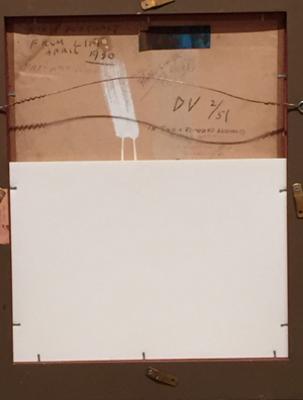 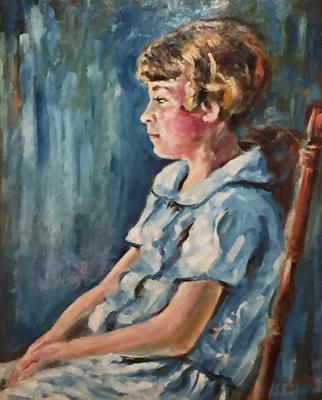 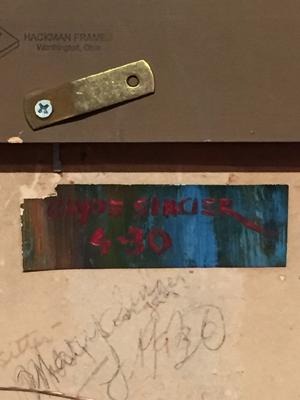 This is an important work by Singer as it represents the first figure painting he executed
in life. The portrait is of his sister, Mary. This is documented in a note we believe to be by
the artist’s hand written on the board verso.  Additionally, there is minor restoration across
the bottom which is limited to the removal of a small strip of the canvas at some point in
the past.  This was due to water damage sustained in two separate incidents, one at the
Butler Institute of American Art where Singer worked as a curator, and at another time
and location noted verso. The original signature block is preserved and presented verso.
Additional images are provided for your inspection.